"Section D" is the code-name given to the Counter-Terrorism Department of MI 5. The operations, missions and other efforts of this team to protect Great Britain are the focus of the series.

The Grid is the name in which the personnel of section D refer to their highly secure office suite at Thames House. The Grid is where the agent's desks, computers and other equipment is stored including the personal items of their cover identities.

To enter the Grid you need to go through one of the two "entrance pods" which are presumingly for security purposes, likely scanning personal for bugs, explosives or other dangerous items.

The grid also contains separate rooms including Harry's office and a detention centre for captured prisoners. 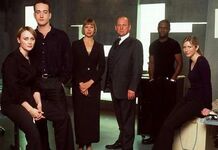 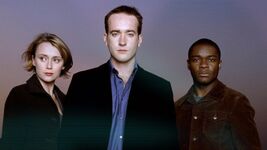 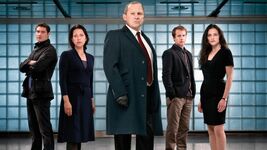 Add a photo to this gallery
Retrieved from "https://spooks.fandom.com/wiki/Section_D?oldid=5801"
Community content is available under CC-BY-SA unless otherwise noted.